When people think about selling a home, they often consider remodeling ideas to make the home more valuable and to sell faster. There are often items that should or could help in this, but they rarely come close to a 100% return on investment (ROI).

According to Remodeling Magazine, one of the best investments a homeowner can make is a simple one. Replace a worn or weak front entrance door with a strong, steel front door. The average ROI is 97% for this project and it adds security, storm protection and curb appeal. The cost of labor for such an installation is relatively low and the result is quite attractive. Replacing a garage door is another remodeling job that can result in a relatively high ROI, averaging about 89%. The replacement of old windows are also remodeling jobs that can result in an ROI over 80% because these are structural improvements that have cosmetic appeal as well. 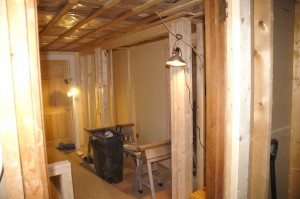 Farther down the list, under 80% ROI, are interior remodeling jobs. Minor kitchen remodeling can come close to an 80% ROI. This would include replacing cabinet doors and hardware and replacing older appliances with energy efficient models. Replacing older, builder quality sinks, countertops and faucets with midrange items and repainting can also be reasonable upgrades. Major kitchen upgrades fall below 80% ROI and should be considered only of one intents to keep the home for a number of years and enjoy the results.

Bathroom remodeling also falls in the under 80% category. If selling a home soon, an owner should replace worn items such as faucets, leaky drain pipes and old, runny toilets. An owner should avoid major bath remodeling unless they intend to remain in the home.

Replacing a worn roof can help a property sell faster, but it probably will not return more than 70-75% of investment funds. However, in Southwest Florida, if one replaces a roof, the owner should not skimp. Be sure that the old roof is removed to bare sheathing and a high quality, secondary water barrier is installed. Also, the roofer should renail the sheathing and add clips to the rafters to secure the roof. These steps will not add a great deal to the cost but will result in a stronger roof and insurance deductions. Replacing shingles with a metal roof will also result in a stronger, longer lasting roof and possible insurance deductions.

Among the lowest ROI’s are room additions and home office remodeling.