I used to keep my 27 foot Corsair trimaran, Surrender, at a friend’s house in Punta Gorda Isles. He was renting the house until his was built and let me keep the boat there. The canal was one of those at the northern end of PGI and access to the harbor was excellent. PGI canals are nice and wide and when we returned to the dock we were able to easily turn around in the canal and slip right into the dock. A Corsair F-27 is a fast boat because it is light and has no ballast. Righting moment is gained by the wide, 20ft beam. It’s a great advantage when you are zipping along, planing at 20 plus knots, but at slow speed, under motor, it can be like trying to maneuver a leaf. Get a wind blowing down a canal and steerage is at a premium. The Corsair steers quite well, but it can still slip sideways in a blow. That is when you really appreciate the well maintained and wide canals of PGI. My crew and I would enter through the middle of the canal and when we reached the dock, swing away, goose the throttle slightly and spin the bow around, then slip right into the dock, parallel to the seawall. The City of Punta Gorda maintains the canals and seawalls. The dock is the home owner’s responsibility. 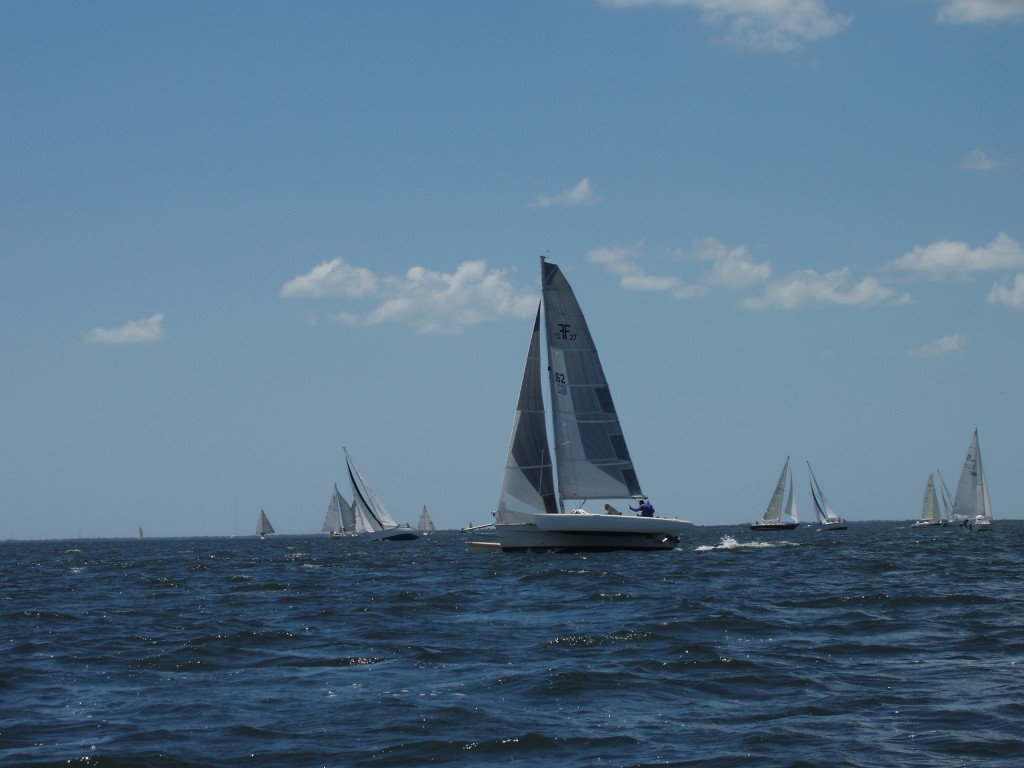